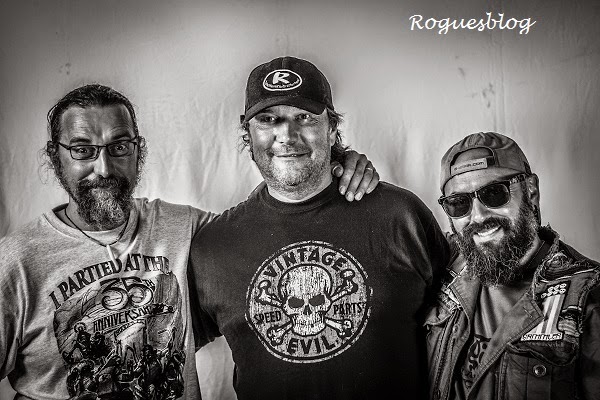 Nice picture stolen from Rogues MC blog shoot by Sik (This is now mag) .Check www.rogues-mc.com there are more pictures from the 35th anniversary party.
Posted by Choppaz 69 at 1:35 PM No comments: 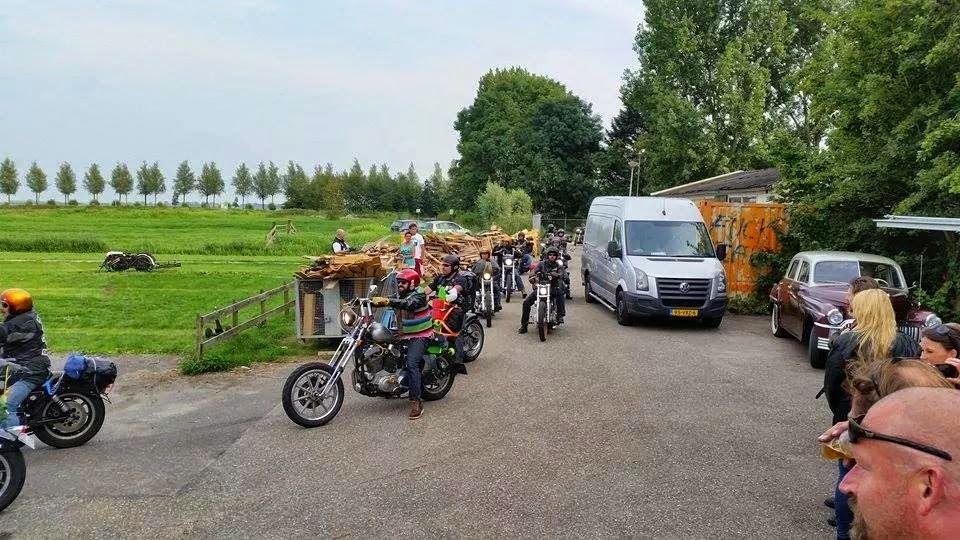 Rogues Birthday (rogues-mc.com) party is finished 3 weeks ago. The ride was the blast, Thursday evening before leaving I met Robert from the Chopperkingz (wtfhydl.blogspot.com) an his lovely wife Lieke an the german guys from Red Hill Choppers (redhillchoppers.blogspot.com) at High Chapparal for clearing details. Friday morning we start catching JeffvuWeller (jeffvuweller.blogspot.com) in Wiltz turn to Roermond where we get some food and drinks from the Animals MC(animals-mc.com). Thanks guys!!!. 3 of them join our group on we took the road to Breda where the frenchies of  the Chopperkingz and friends (dragoo-huntaz-cyclaz.blogspot.com)were waiting. On the way to Opmeer we lost Jeff with a flat tire an were passed by 2 american maniacs (deathtrapsmc.blogspot.com). The party was the Hell meet new people an old friends (harleybrothers.blogspot.com & virgan82.blogspot.com). So for pictures you have the Homepages. 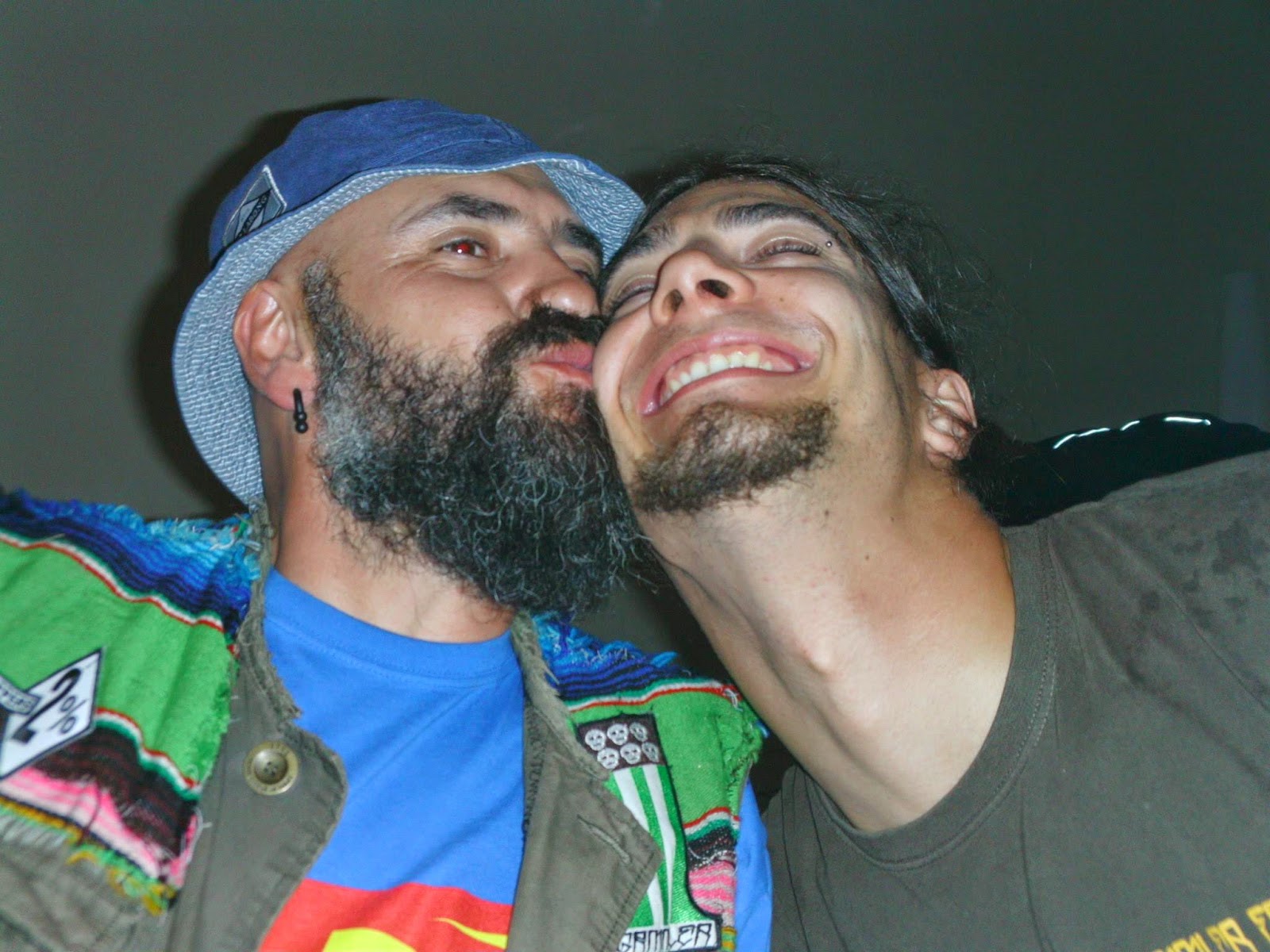 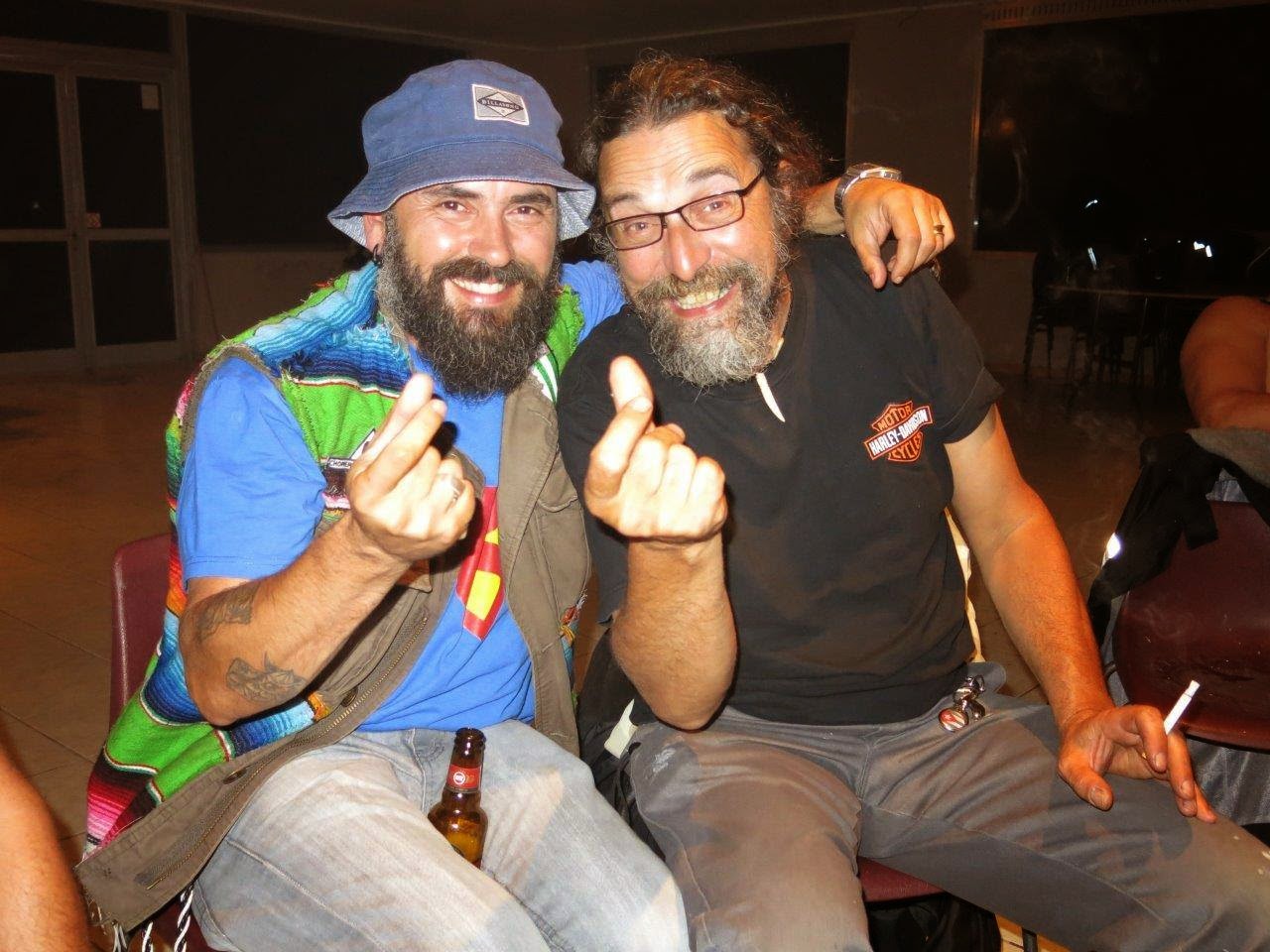 One week after good times at the Second Brothers Campout from our buddies the Harley Brothers. The only shit was that fucking rain Friday evening an the whole night at the Camping du Vald'Iré in Iré-le-Sec.
Saturday morning at 8.30 the stops suddenly so we could ride dry to Merkholtz. Clubhouse Merkholtz is always good. 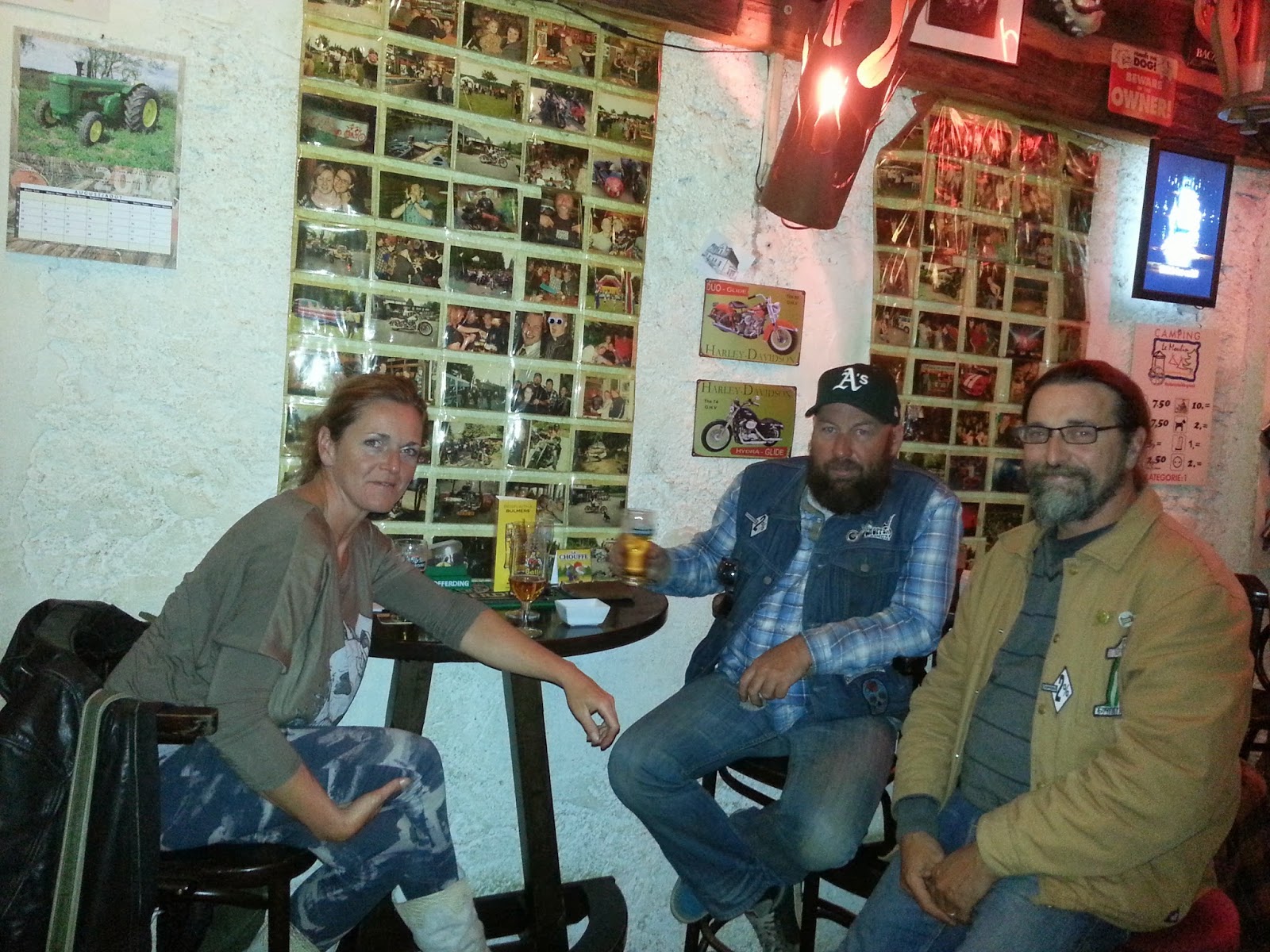 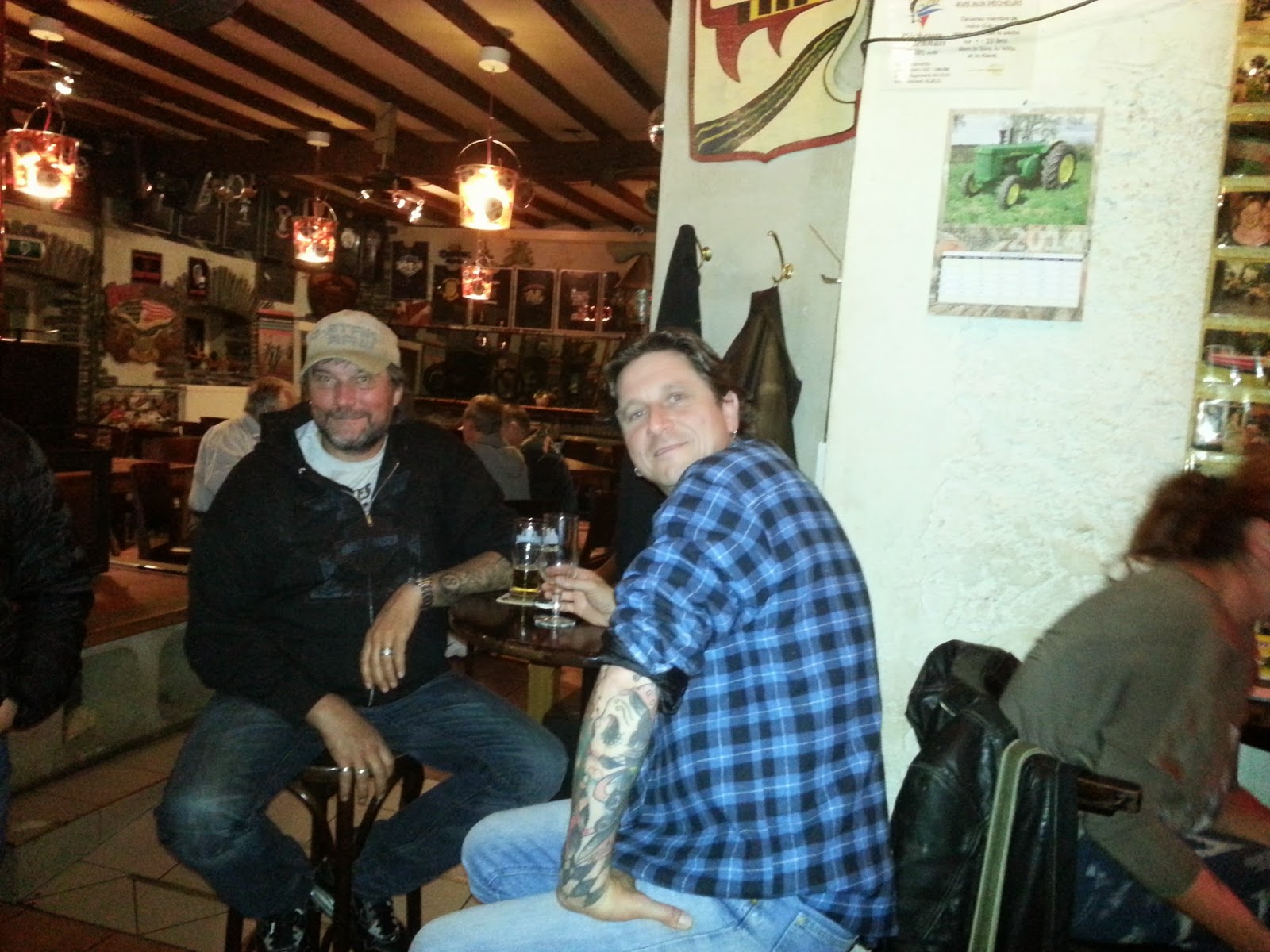 Yesterday the circle closes at Ed's High Chapparal. Robert and Lieke were there returning from their 3 weeks trip through North Europe and made a last stop before arriving back home. Surprise! Good to see you again! So we could talk quit an exchange phone numbers because at Rogues we had no time we were too busy (Ha ha ha). So my new french best friends are dutch. WHAT THE HELL.
Posted by Choppaz 69 at 9:35 AM 1 comment: 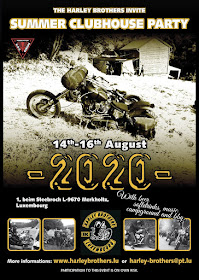 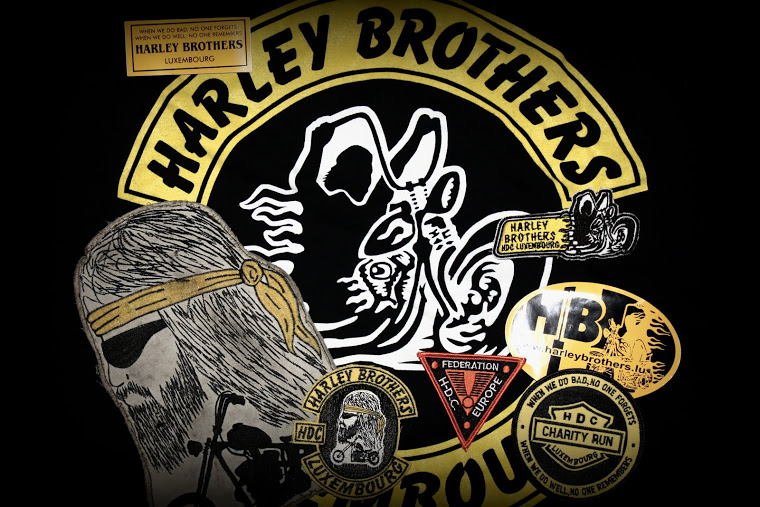 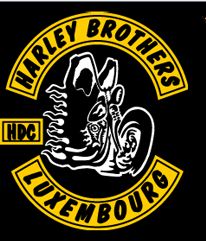